If you like adventure, tropical climate in East Africa will present you with a great opportunity to view some of the greatest amphibians and reptiles in the East Africa. You will have an opportunity to see species few other people have ever seen. Additionally, you will have close encounters with an incredibly diverse array of colorful species.

Reptiles are tetrapod animals comprising mainly of turtles, crocodiles, snakes, Chameleon and lizards. Reptiles have dry skin covered with scales or bony plates and usually lay soft-shelled eggs. The word “amphibian” means two-lives, one in the water and one on land. Amphibians live the first part of their lives in the water and the last part on the land. Amphibians includes the frogs (including toads), salamanders (including newts) and caecilians.

East Africa is rich in reptiles and amphibians, with more than 420 species each of reptiles and amphibians recorded. All reptiles are cold-blooded and, while many hibernate during the cool season, some aestivate during the hot dry season. Unfortunately, most reptiles are secretive and are therefore seldom seen but some, such as the agamas, are so brightly coloured and active that they cannot be missed. And, of course, there are few, if any, homes and premises that do not have geckos hunting for insects on the walls at night.

Most snakes are seldom seen: they are nocturnal and they hide in burrows and under rocks and vegetation, avoiding humans if possible. One exception is the highly venomous Puff Adder, which, although mainly nocturnal, can also be found lying curled up in the open. Puff Adders are well camouflaged and slow moving; because they freeze when approached, they are sometimes trodden on by walkers. The Boomslang is diurnal, lives in bushes and trees and can easily be overlooked by walkers in the bush. Luckily, it is not aggressive and will bite only in self-defence. 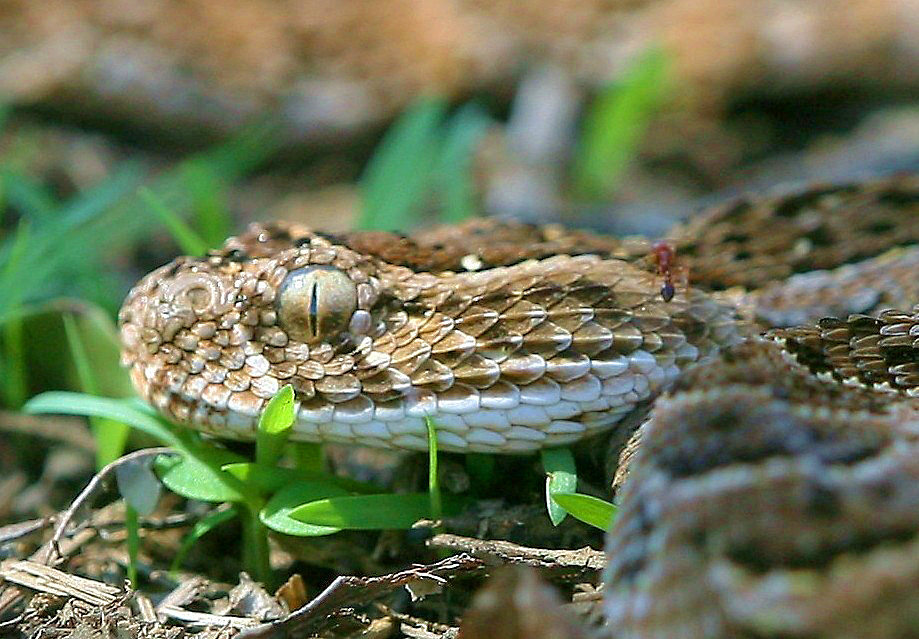 Always treat snakes with respect; although they don’t make unprovoked attacks, they do react if cornered or threatened. If you encounter a snake, back slowly away from it. Be particularly wary of cobras: a Spitting Cobra, if threatened, will rear up and spit its venom into your eyes. If this should happen, quickly wash the eyes with plenty of water or milk and then seek medical help. Never try to kill or harm snakes; they are an indispensible part of the chain of life and help to control the numbers of rodents and other small animals.

Lizards come in many shapes and forms and are generally more easy to spot. The Nile Monitor, although often seen, is shy and usually dashes into the undergrowth or water. Wildlife Safaris Tourists are always interested in chameleons and at many places local people will have captive ones on display; for a small fee one can photograph them. One of the most interesting-looking chameleons is the three-horned Jackson’s Chameleon. At most safari lodges and camps agamas have become quite tame and can be easily observed.

Nile Crocodiles enjoy sunning themselves on the banks of rivers and lakes and can be spotted in most wildlife areas.