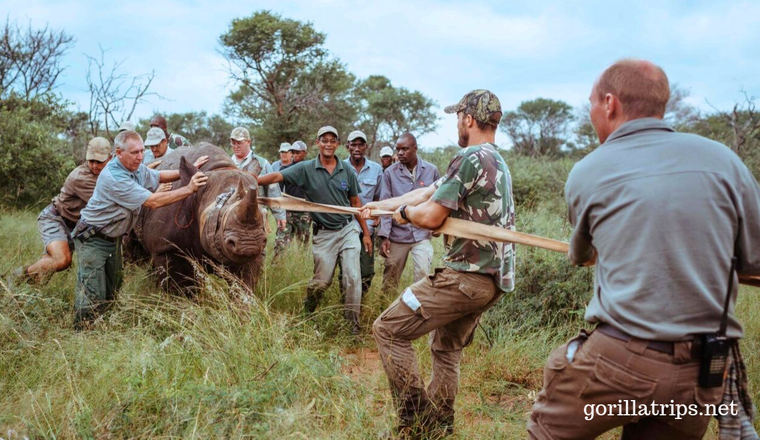 Black Rhinos Return to Rwanda 10 Years After the Disappearance

Around 20 endangered eastern black rhinos are returning in an “extraordinary homecoming” to Rwanda after the species disappeared from the country 10 years ago, the African Parks organization has said.

You may also like: 12 Day Uganda Rwanda Safari Group Tours

The rhinos are being moved from South Africa to the Akagera National Park in eastern Rwanda, according to the non-profit group that manages protected areas for African governments.

“This extraordinary homecoming will take place over the first two weeks of May,” it said in a statement.

The Eastern black rhino, one of the sub-species of the rhinoceros, is in critical danger of extinction, according to the International Union for Conservation of Nature (IUCN).

You may also like: 18 Day African Gorilla Tour & Savannah Safari

Back in the 1970s, more than 50 black rhinos thrived in the savannah habitat of the Akagera park, but their numbers declined due to wide-scale poaching and the last confirmed sighting was in 2007.

“Rhinos are one of the great symbols of Africa yet they are severely threatened and are on the decline in many places across the continent due to the extremely lucrative and illegal rhino horn trade,” said African Parks boss Peter Fearnhead.

According to the conservationists, there are fewer than 5,000 black rhino in the wild worldwide, with only about 1,000 of the eastern sub-species.

Check this most booked safari in Uganda: 4 Days Gorilla and Chimps Tracking Safari

Since 2010 Rwanda National Parks has boosted security at Akagera National Park and has prepared to accept the rhinos with financial help from the Howard Buffett Foundation, headed by the son of US billionaire Warren Buffett.

The measures taken include deploying a helicopter for air surveillance and an expert rhino tracking and protection team as well as a canine anti-poaching unit.

“We are fully prepared to welcome them (rhinos) and ensure their safety for the benefit of our tourism industry and the community at large,” said Clare Akamanzi, chief executive of the Rwanda Development Board.

In July 2015, Rwanda had reintroduced lions in the Akagera National Park, 15 years after they had disappeared. The lions were decimated in the years after Rwanda’s genocide in 1994 as Rwandans who had fled the slaughter returned and occupied the park killing the lions to protect their livestock.

The park, which takes its name from the nearby Kagera River, is located near the border with Tanzania.

With the reintroduction of the rhinos, Akagera, which welcomed more than 36,000 visitors last year, will now boast being home to Africa’s “big five” – rhino, lion, elephant, leopard, and buffalo.

Do you enjoy Chimpanzee trekking, this package is for you @ 6 days Chimps Trek and Gorilla Tracking Safari Uganda