When planning a trip to Africa, you will want to explore some of the best tourist attractions in Congo. To get you started, some guidelines on international travel will serve as good preparation to ensure that you have what you need for traveling overseas.

When reading about Congo, you will most likely encounter information on two separate countries. That’s because, of course, there are two nations located in Africa which border each other with the word Congo in both of their names.

Congo, officially known as the Republic of Congo, is located on the western coastline of central Africa. Its five major cities are Gamboma, Owando, Quesso, Pointe-Noire, and Brazzaville. Brazzaville is the oldest city and the capital.To the west of Congo lies Gabon and to the east is The Democratic Republic of the Congo which was formerly the country of Zaire.The Democratic Republic of the Congo is in the western-central part of Africa. Surrounding it are the countries of the Republic of Congo, the Central African Republic, Sudan, Rwanda, Burundi, Uganda, Tanzania, Angola, and Zambia.

Best Places To Visit In Congo – 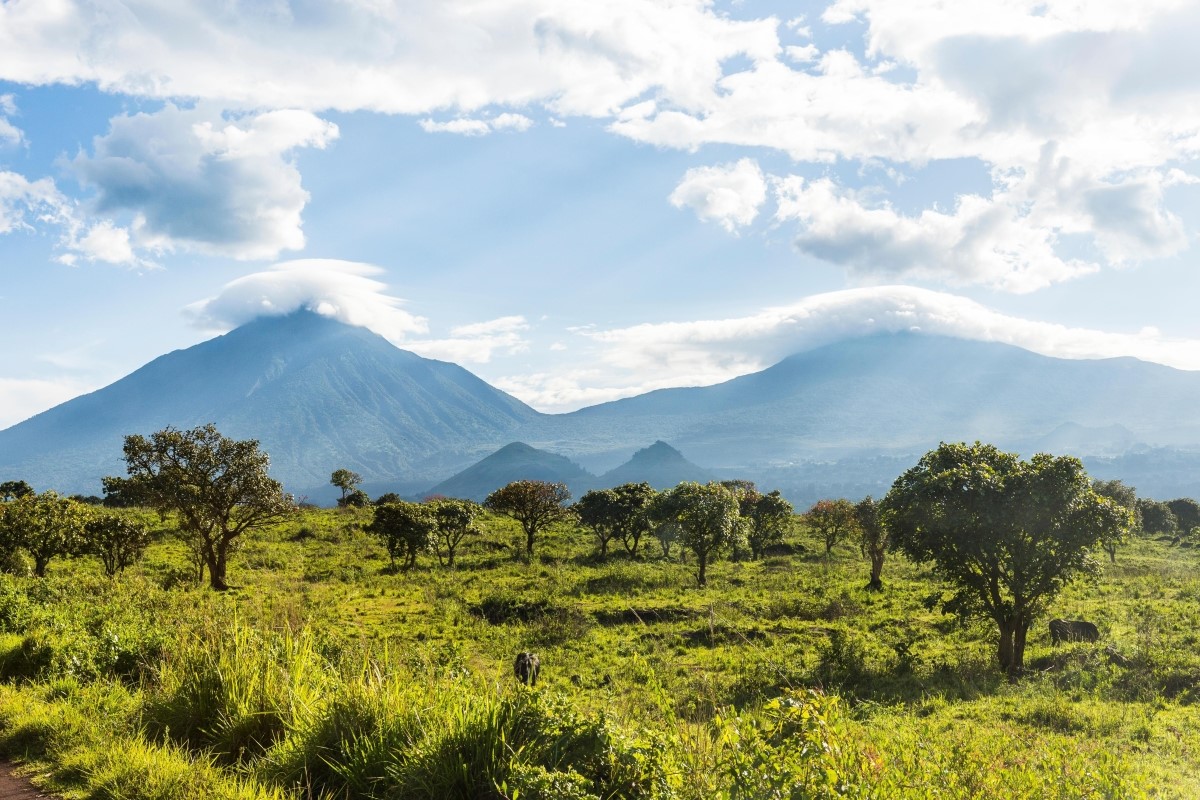 The Congo River is the world’s deepest river and is the second largest river in the world by volume of water discharged after the River Amazon.  Scientists have calculated that the entire Congo Basin accounts for thirteen percent of global hydropower potential.

The park was created in 1925 by King Albert I of Belgium as the first national park on the continent of Africa. It was founded primarily to protect the mountain gorillas living in the forests of the Virunga Mountains controlled by the Belgian Congo, but later expanded north to include the Rwindi Plains, Lake Edward and the Rwenzori Mountains in the far north, it has over 480 gorrillas.

Lake Kivu is one of the African Great Lakes, The world’s tenth-largest inland island, Idjwi, lies in Lake Kivu, as does the tiny island of Tshegera, which also lies within the boundaries of Virunga National Park. Lake Kivu has recently been found to contain approximately 55 billion cubic metres of dissolved methane gas at a depth of 300 metres.

Livingstone Falls are a succession of enormous rapids and cataracts on the lower course of the Congo River in west equatorial Africa, downstream from Malebo Pool in the Democratic Republic of the Congo named for the explorer David Livingstone.

Lola ya Bonobo is the world’s only sanctuary for orphaned bonobos located just south of the suburb of Kimwenza at the Petites Chutes de la Lukaya, Kinshasa, in the Democratic Republic of the Congo established in 1994 by Claudine Andre and is a home to over 60 bonobos.

Boyoma Falls, formerly known as Stanley Falls, consists of seven cataracts, each no more than 5 m high, extending over more than 100 km along a curve of the Lualaba River between the river port towns .

The historical buildings in the city include the chapel of the American Baptist Missionary Society (1891) and a Roman Catholic cathedral (1914).

Mount Nyamuragira is Africa’s most active volcano situated in Nord-Kivu about 25 km from Lake Kivu has erupted over 40 times since 1880 and produces major part of sulphur dioxide pollution of the world. Volcano has created lava fields.

One of the few volcanos in the world with nearly permanent lava lake in it, often the largest lava lake in the world located in Nord-Kivu.Volcano is very active, with frequent eruptions. Eruptions produce very fluid lava of rare type.

Dimba Cave contains the oldest remnants of human activity in Bas Lower Congo – it was inhabited already in 18,000 BC or even earlier. Found also artefacts from 2nd – 1st c. BC, marking the shift from Stone Age to Iron Age.

This is an important archaeological monument situated in Orientale, Mount Hoyo in Ituri rainforest. This cave contains sediments which have recorded a sequence of human occupation lasting for the last 40,000 years. Here have been found some of the oldest microlithic tools in the world used for arrows and saws. When these tools were made 12,000 years ago, here was savannah.