Being one of the best places to meet the iconic mountain gorillas the national park adds a great amount to the country’s economy. There are thousands of visitors each year that comes to Congo only to meet these stunning mammals. As of now, there are eight habituated Gorilla groups in Congo that opened for tourism in Virunga National Park.

Each group has got a unique story to tell. We shall now tell you more about the groups. Please, note that the group dynamics and composition (number of individuals in the group, group leadership/dominant Silverback, etc.) may change from time to time.

The Gorilla Groups in Congo’s Virunga National park is: 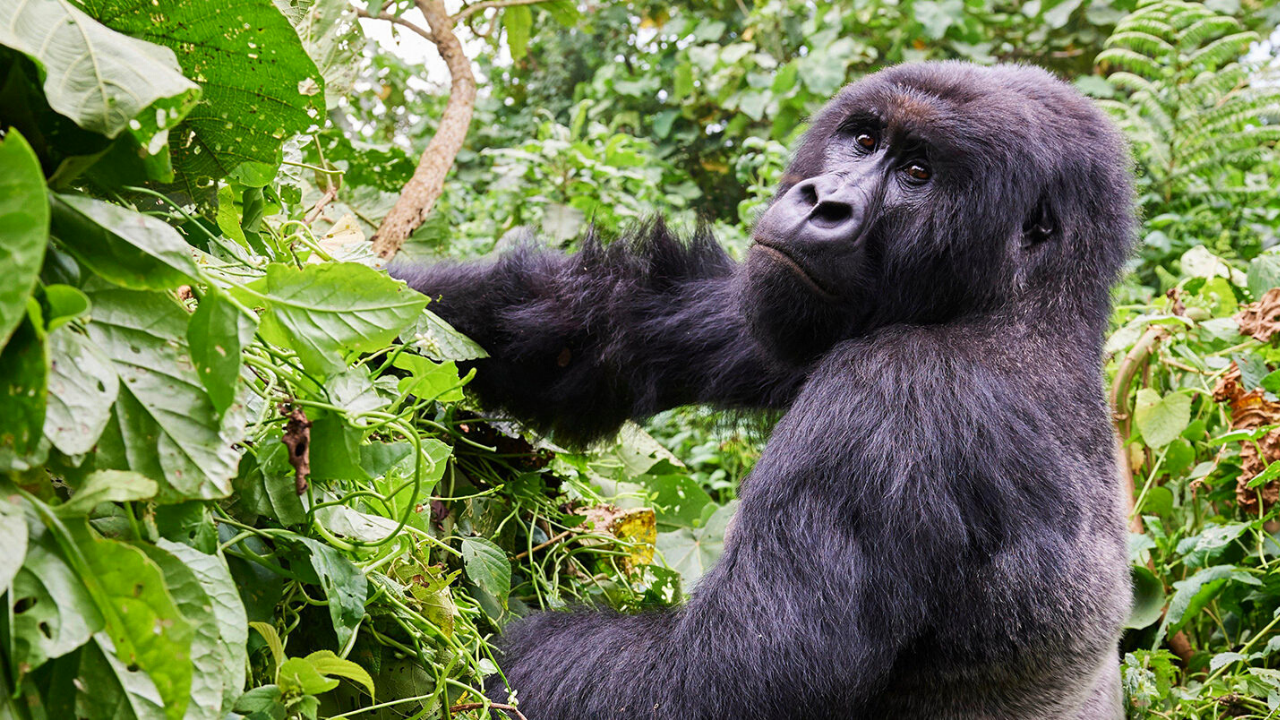 Kabirizi group was previously called Ndungutse group, named after the lead Silverback Ndungutse. Ndungutse, a very humble and giant Silverback was assassinated in 1997 after being caught in the crossfire between the DR Congo army and rebel groups in the Bukima patrol post. The group later got its name Kabirizi, a name derived from the ICCN Director who died in a traffic accident in the late 1990s. The group is currently led by a powerful yet humble Silverback Kabirizi, who was previously a wild unhabituated gorilla (until 1998). The dominant Silverback is currently facing stiff competition from a young Silverback Masibo. The Kabirizi Gorilla Group is currently composed of 19 group members. Tracking of the group starts from the Bukima patrol post. 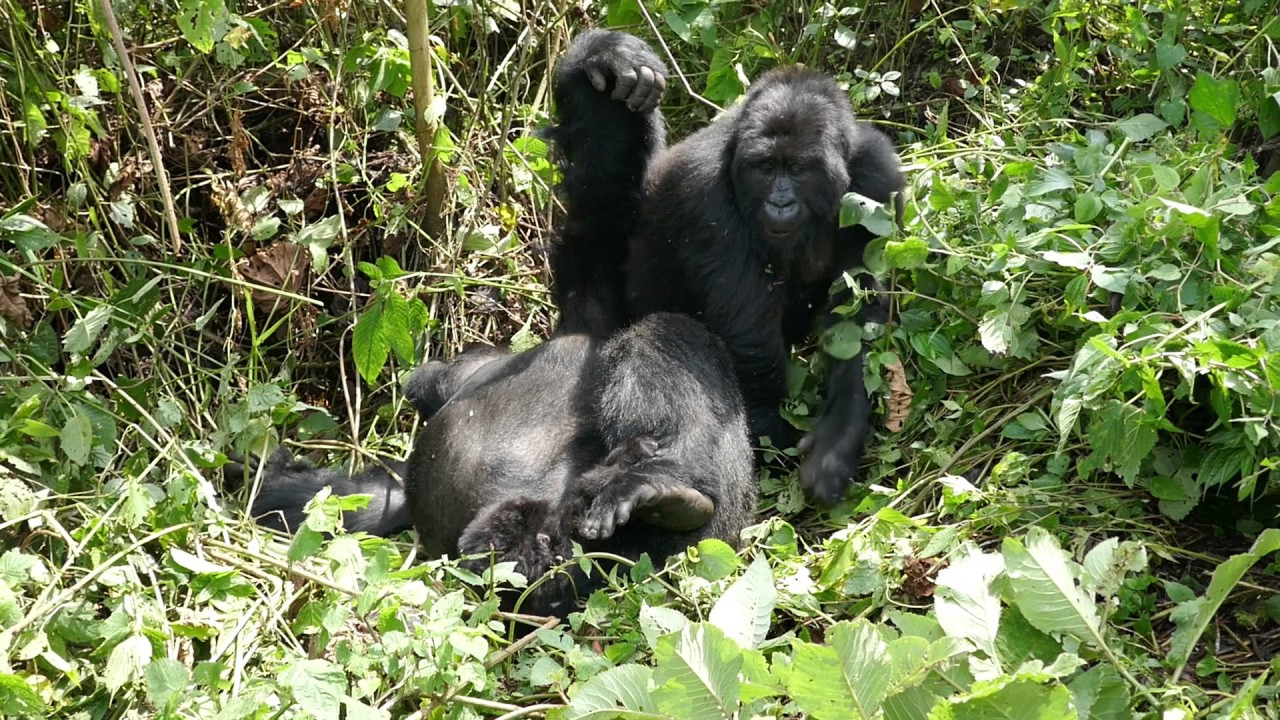 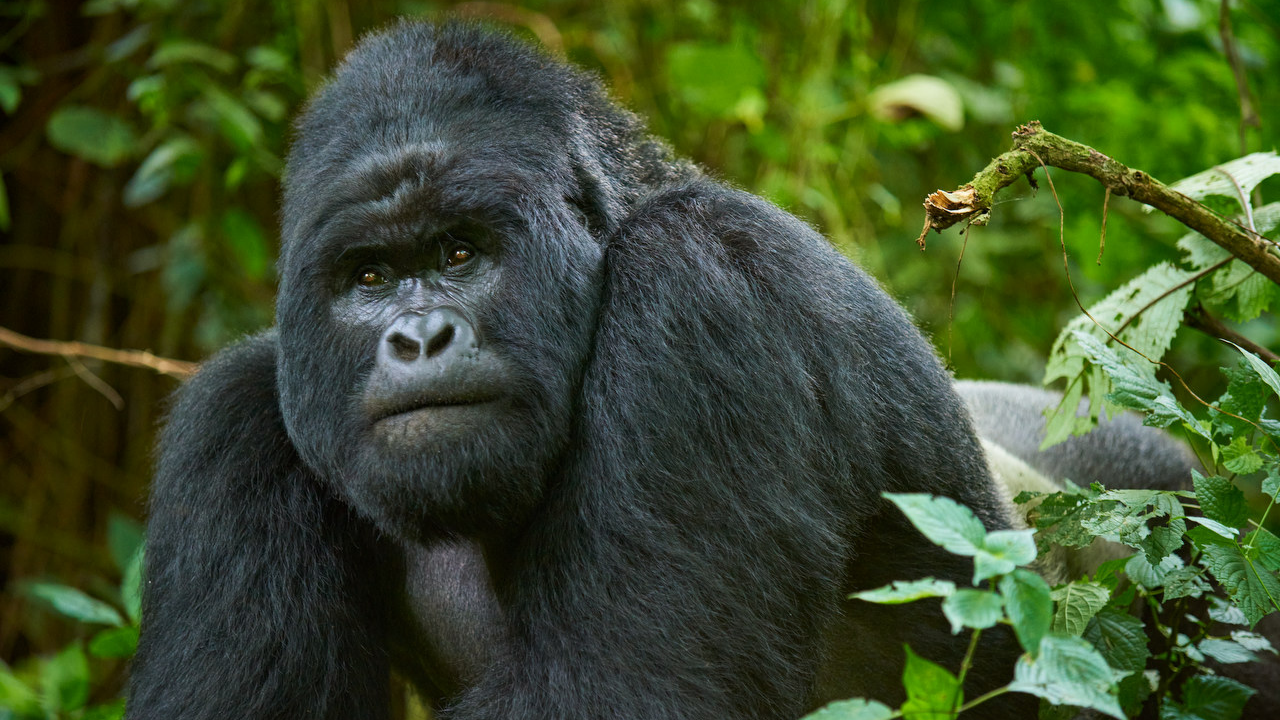 Rugendo Gorilla group is one of the oldest known Gorilla groups, habituated in 1989. The group was formerly led by Silverback Rugendo, who is the father of Silverback Humba. The group is currently led by Silverback Bukima. There have been serious group changes since the beginning of habituation. By 1997, the Rugendo group had 18 individuals with two Silverbacks, Rugendo and his son Humba). Humba fought his father in 1998, forming a new group with 10 individuals. Rugendo was left with only 8 individuals. There were several group dynamics after, increasing and decreasing the group members from time to time. The group is currently composed of 9 members after grabbing a sub-adult member of a Mapuwa group in June this year (2016). 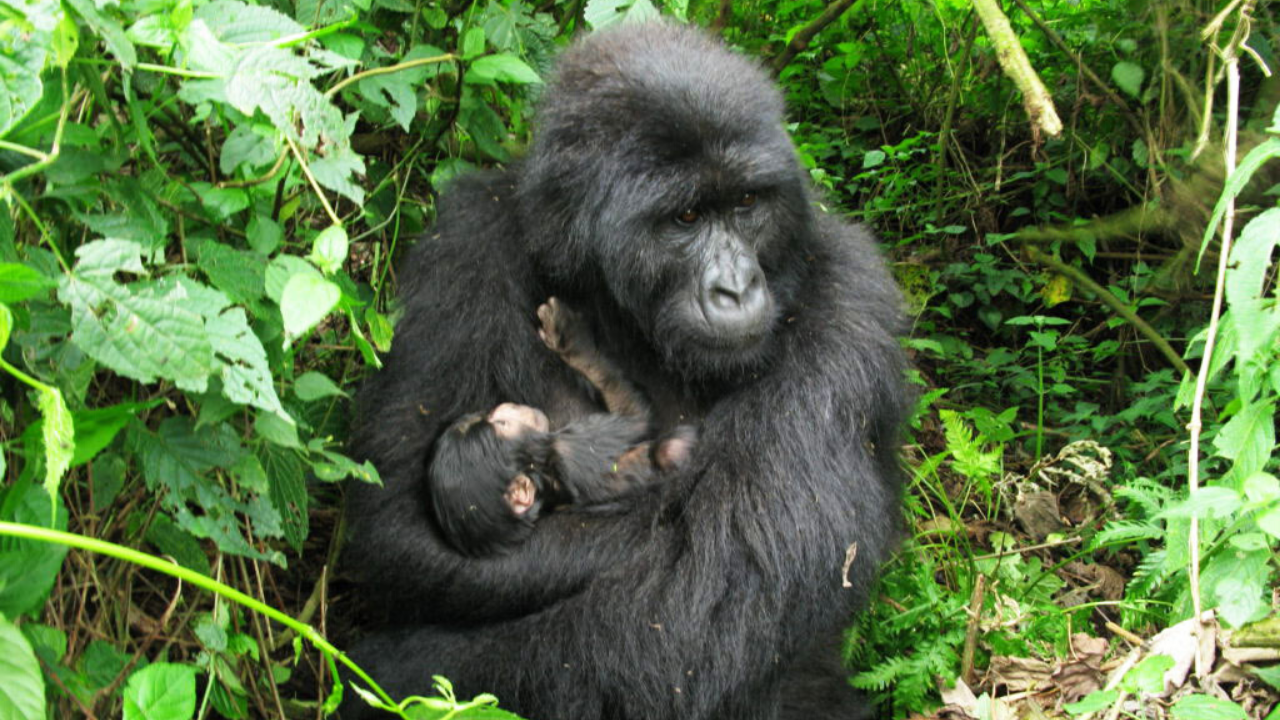 The group is found in Jomba near Bunagana (Congo­Uganda border). The group was formerly led by a Silverback named Mapuwa. Silverback Mapuwa has acquired and protected his family by all means through violent struggles. He was a son of Rugendo, the current leader, of Rugendo group. He left his father’s group in 1998 and started his own family. When he left, he took along 2 adult females named Jicho and Mafaze. In a continuous fight, Silverback Mapuwa has acquired more members from other groups. Pilipili one of the strongest and well-known Silverback in Virunga was stripped of all his members in 2002, leaving him alone Silverback.  In addition to grabbing members, there have been several births leading to an increase in numbers. Currently, Silverback Mvuyekure is the dominant Silverback in the group. There are 22 gorillas in the Mapuwa group. 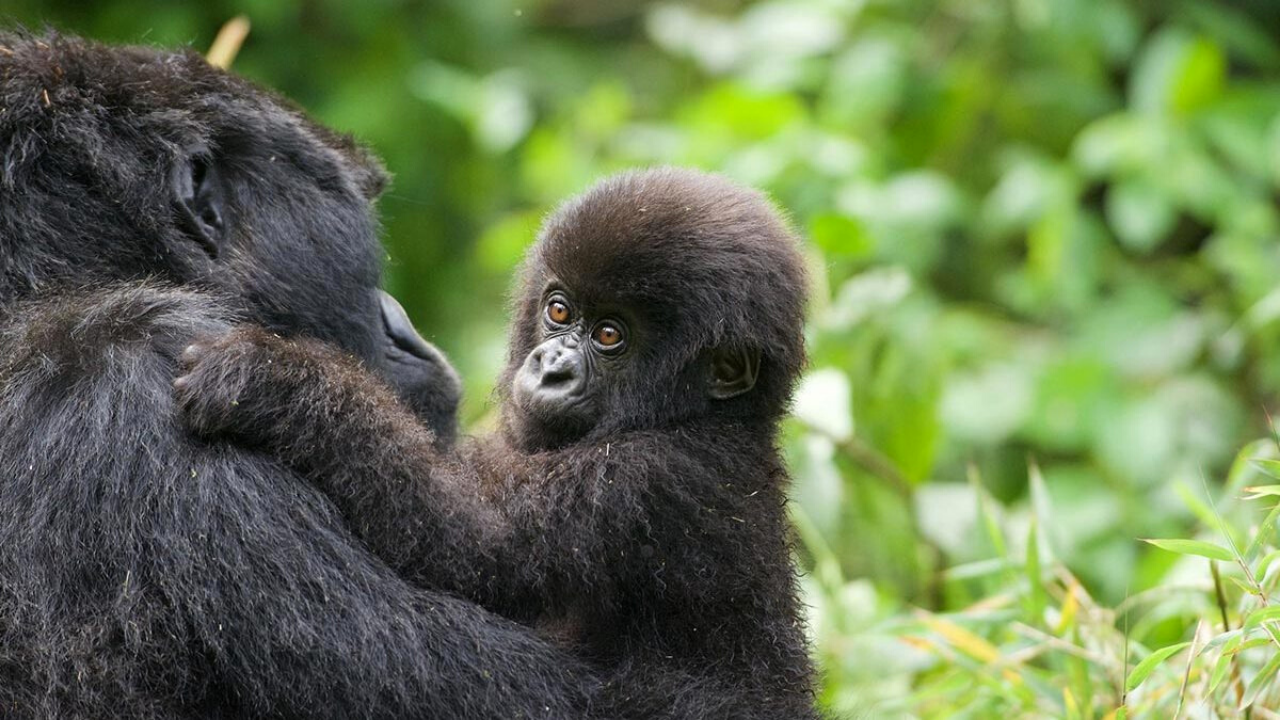 The group range in the Jomba area of Virunga National Park (near Bunagana, the Congo­Uganda border). This group was formerly called Musekura group. The name was, however, changed to Lulengo, the name of the dominant Silverback and in memory of the Technical Director of Virunga National Park who was killed by a land mine. Silverback Lulengo is a born and was a member of the Rugabo group, the first habituated mountain gorilla group in the Mikeno Sector. By then, Silverback Rugabo was the leader of Rugabo group. Rugabo was the father of Silverback Lulengo. In 1994, Rugabo was shot by poachers in the times of the Great Lakes Refugee Crisis. After his death, the family was left in the hands of by then the black back Lulengo, who is now a Silverback and leader of the group. There are 9 members in the Lulengo group. 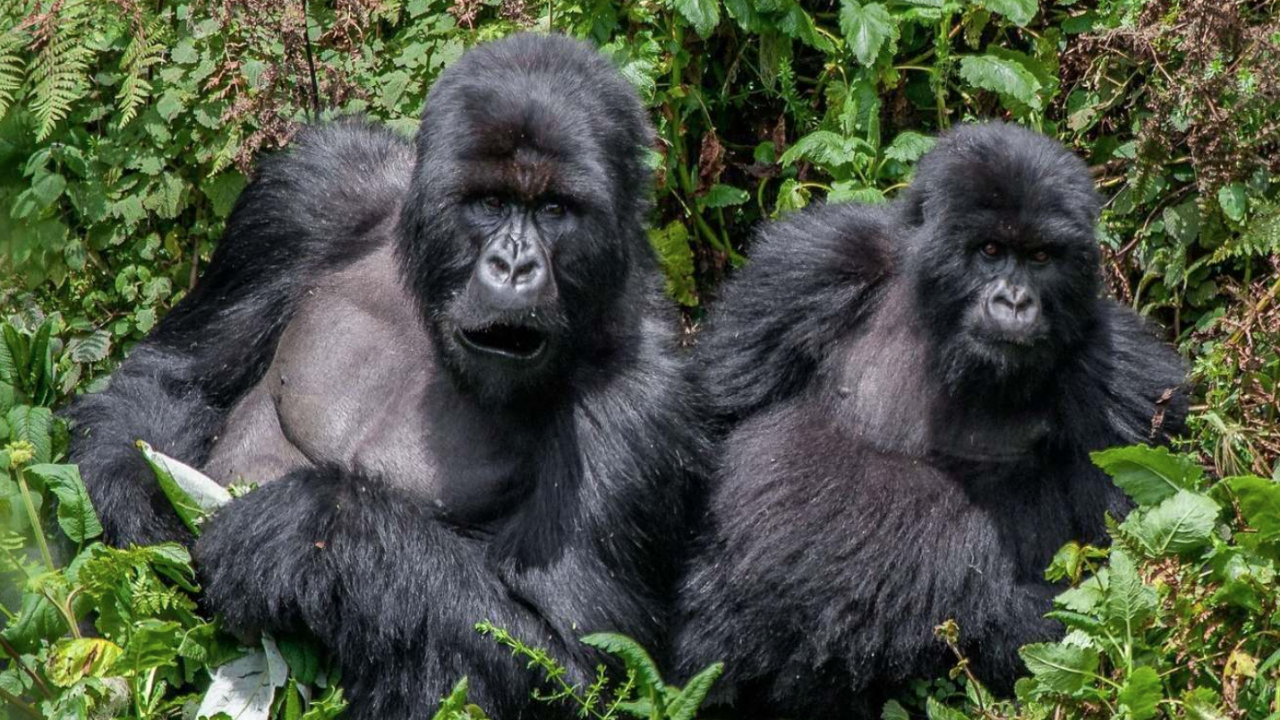 Munyaga Gorilla group can be located and tracked in the Bukima sector of Virunga National Park. The habituation of the group started in 2008. The group name came from its leader by then, Munyaga. Munyaga group is well known for an adult female Bilali who gave birth to twins after joining from Rugendo group. The twins, however, died in infancy. The leadership of the group shifted from Silverback Munyaga to Silverback Mawazo. As per now, Gasore is the current leader of the group. The group is well-known for a bold headed Silverback, Kadogo. The current leader of the group is Gasore. However, there is a challenge from other Silverbacks. There are 7 members in the Munyaga group. 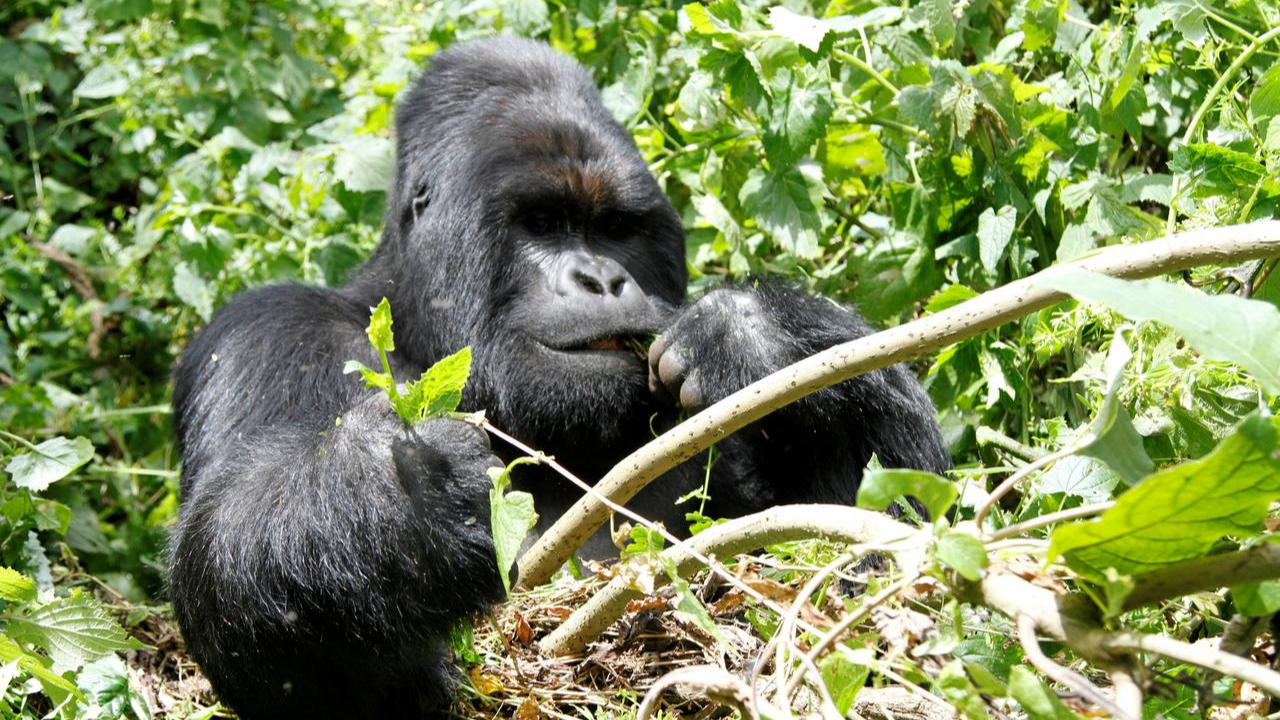 Nyakamwe Gorilla Group is one of the newly habituated Gorilla groups in Virunga National Park. They were habituated at the same time as Bageni, the Largest Gorilla Group in Virunga National Park. There are 11 members in the Nyakamwe group and the group is led by Silverback Nyakamwe. The group is named after the lead Silverback called Nyakamwe. There is no current challenge in group leadership. 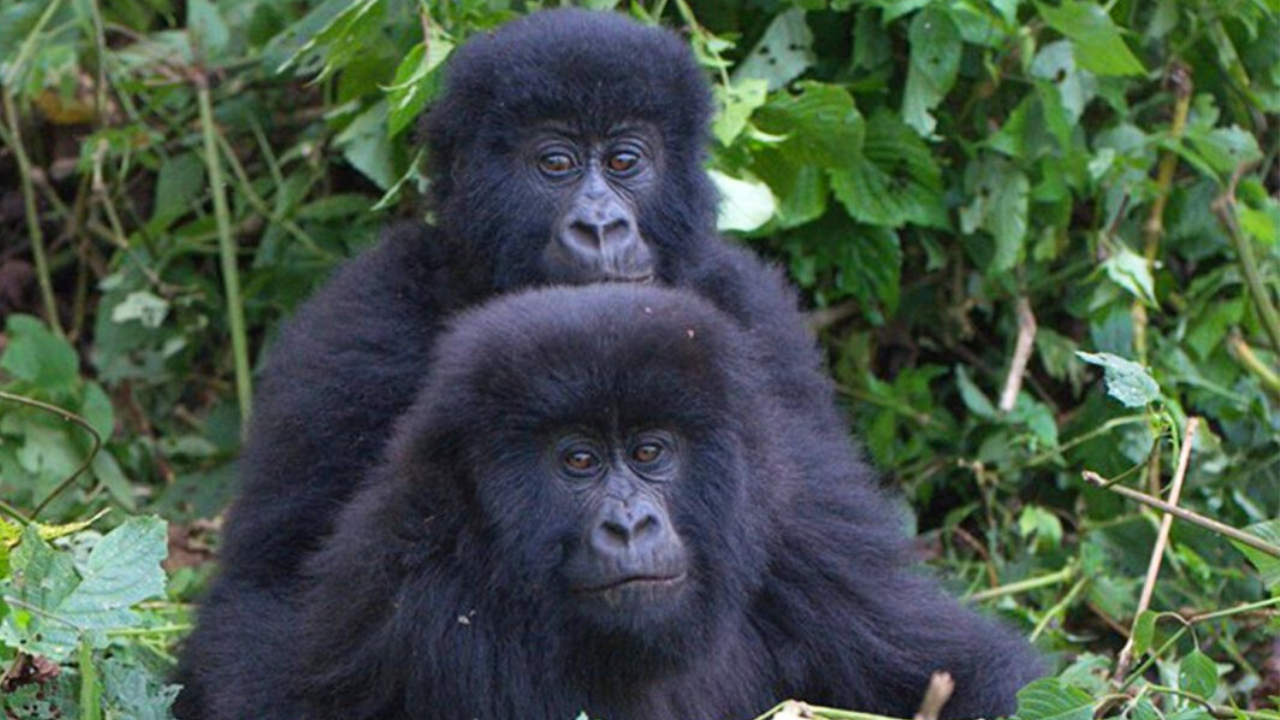 Bageni Gorilla group is currently the largest Gorilla family in Virunga National Park. Currently, there are 26 members in the Bageni group, led by Silverback Bageni. There is although a struggle for leadership in the group and it is expected that the group may split into two or three groups. There are 2 other Silverbacks, who are fighting for the lead (Silverback Kanamaharagi and Kitagenda).

Virunga national park conservation has grown tremendously the number of mountain gorillas. Breathtaking sights that abound the park, encountering mountain gorillas, fertile landscape, and the largest lava lake churn make the national park a stunning place. Make sure to book your Uganda Safaris with an experienced trip operator to have a great experience of meeting the Gorillas in their natural habitat. Just give a visit to https://www.gorillatrips.net/congo-gorilla-trekking-safari/ for more information about Mountain gorillas in the Democratic Republic of Congo.