Historical sites in Uganda are quite placed with thrilling features that spice up your travel to the pearl of Africa – Uganda Safari. After these covid-19 times, you wish to replenish your livelihood by taking a stroll to the western part of Uganda. Some of these cultural sites include;

The Bahá’í Temple is the only standing temple in Africa for the Bahá’í faith, and because of its overwhelming Bahai stunning architecture, it is worth touring. It has well-maintained gardens that cover more than 30 hectares on the peak of Kikaya Hill in the capital Kampala. The tinted glass windows filter tender light into this temple, and it is well adorned with Persian carpets plus glassy Italian-mosaic tiles which line the arched roof.

This lake belongs to the king of the Buganda kingdom and is located close to Mengo Hill. The lake which covers a five-acre area on the outer edge of Kampala was established during the rule of Kabaka Mwanga back in the 1880s basically for his own enjoyment since he loved swimming as well as fishing. 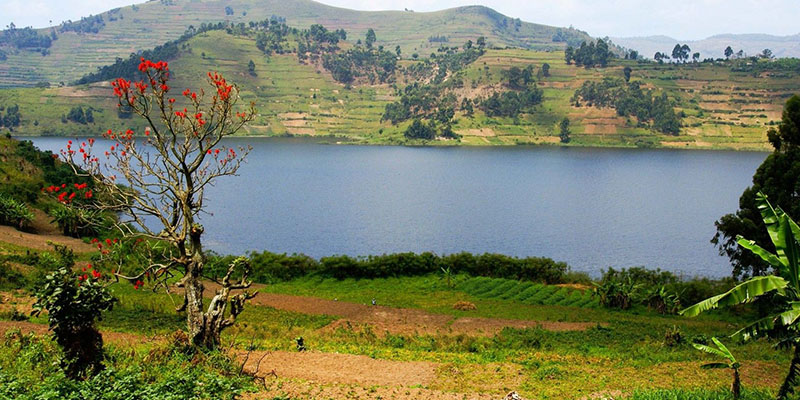 The prison narrates the story of a brutal and vicious incident in Buganda’s history. It tells of a fearful, king who was very power-hungry. He imprisoned all of his brothers plus sisters in 1888 except his exiled brother king Mwanga who he had taken over, and he later harshly killed them for fear that maybe they would one day overthrow him! At present this prison is a silent and sheltered site, although the remaining earthworks are a glowing reminder of the terrible times when the destiny of the Buganda kingdom was unsteady.

Only a 20-minute drive from the capital Kampala is the spectacular hilltop of Naggalabi Buddo which is the heart of Buganda’s history. It is at this place that the Buganda Kingdom was born, at the daybreak back in the fourteenth century, and to date, every Kabaka in this kingdom is crowned here. At Naggalabi – Buddo you can also tour the major sacred sites, as well as plainly trail the footsteps of the kingdom’s present and long-ago kings.

Commonly known as Rubaga Cathedral, St Mary’s Catholic Cathedral was constructed back in the 1880s. It is located on Rubaga Hill overlooking the capital Kampala. In 1903, Protestant missionaries built Namirembe Cathedral on Namirembe hill but this was restructured in 1919 following the cathedral being struck by lightning. The cathedral can house a congregation of approximately 3,000 individuals.

Back in 1886 On 3 June, more than 30 Catholic plus Protestant Ugandan men were set on fire until they died following the orders of King Mwanga due to their denial to forsake their faith. A Church has been constructed at Namugongo in memory of the Martyrs right adjacent to this site, and pilgrimages are made here annually. Currently, 3rd June was marked as a public holiday in the country to remember these martyrs. 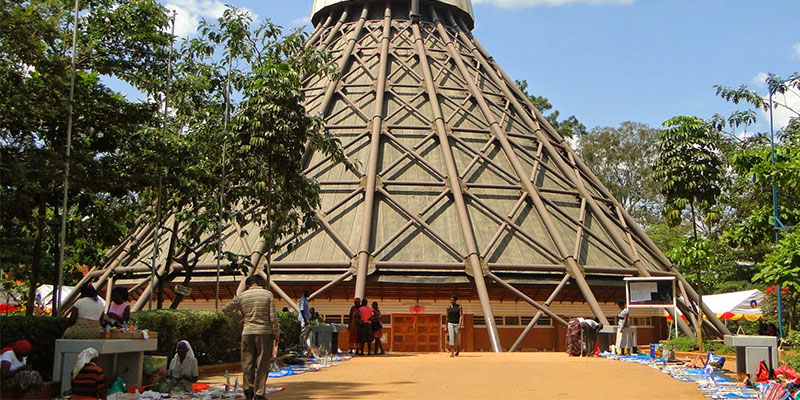 The Ndere cultural center, located in the middle of stunning gardens, holds a lot of Uganda’s culture and is found in the center of Kampala. Other than the café plus the craft shop at this center, there is a beautiful outdoor stage on which frequent performances are made by the entertaining Ndere Troupe which includes musicians, dancers plus singers and from different parts of Uganda.

The Karambi tombs are the burial site for two important Toro kings that is: Kings Rukidi III as well as Kasagama.  The tombs are situated on the Kasese Road, 5km from the town of Fort Portal.

The good-looking Nyinamwiru was, as the fairy tale goes, a daughter to a home King –king Bukuku. She was chased after by a large number of admirers such that his father the King decided to cut off her two breasts so as to reduce her great beauty, although this actually did not stop them. The “breasts” that are displayed today are a remarkable stalactite structure in the Nyakasura Caves which caves have numerous good-looking natural rock pillars. The Nyakasura cave is situated  9 kilometers from the town of Fort Portal off Semliki Road and is resting adjacent to a revitalizing waterfall.

Uganda has been concentrating on just a few tourism products and yet it has so much potential and so much it can do to enrich the tourist experience in the pearl of Africa. Hopefully, this new cultural tourism circuit will be an eye-opener for other regions in Uganda, and then safaris in Uganda will be much more interesting.