The diversity of Kenya’s people, wildlife and habitats is superbly represented in the country’s many protected areas. While the national parks aim to protect flora, fauna and ecosystems, the Kenya Game Reserves give our guests distinctive wholesome experiences that Kenya offers culturally, historically and ecologically. Some regions of Kenya are UNESCO World Heritage Sites, Important Bird Areas and other globally-significant regions. No matter how you envision your dream African safari vacation, Kenya Safari tops your expectations in every possible way.

Some Kenya Game Reserves and game sanctuaries are situated near rivers and offer exciting views of crocodiles and elephants. Another highlight is a visit to the Shimba Hills National Reserve. This is the only place in whole Kenya where you can see the magnificent Sable antelope. Enjoy fascinating wildlife in beautiful surroundings with volcanic hills and grasslands. The birthplace of the safari, Kenya is still considered one of the best places to see Africa’s herds and prides. There are over 40 national parks and reserves in Kenya. 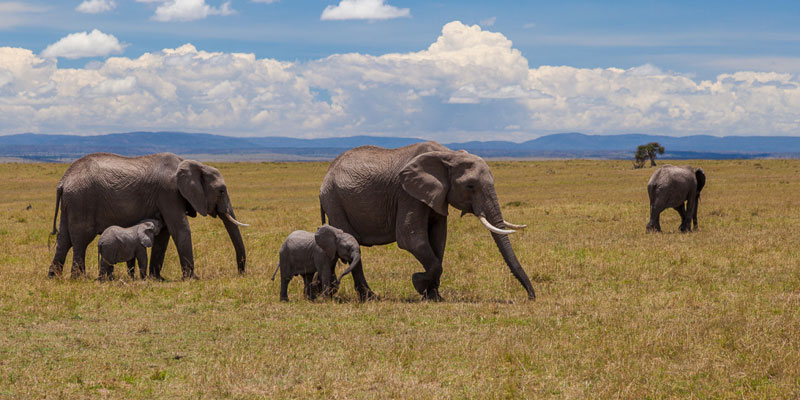 The Masai Mara is Kenya’s best-known reserve, and for good reason too. Home to an abundance of big game, the Mara is excellent for predator sightings – cheetah, lion and leopard – with the open grasslands and far-reaching views making these big cats easier to spot. Game viewing reaches its peak in July with the arrival of the thousands-strong wildebeest herds of the annual migration.

A starkly beautiful reserve, Samburu is a good choice for a classic big game viewing – lion, leopard, elephant and buffalo (no rhino in the reserve) – along with some more unusual sightings. Unique to Kenya’s arid north are the Samburu Special Five: the rare Grevy’s zebra, beisa oryx, long-necked gerenuk, Somali ostrich and the reticulated giraffe with its striking checkered pattern.

Amboseli: Game Viewing Against The Backdrop Of Kilimanjaro

Amboseli is a relatively small park that covers a diverse range of landscapes from dry savannah to delta-type swamps. But the most dramatic scenery of all is the view of snow-capped Kilimanjaro, which (while situated in Tanzania) can clearly be seen towering high over the sun-baked plains.

Meru: The Unspoilt Wilderness Of Elsa The Lioness

Meru is a beautiful, wild and little visited national park. And while the game viewing here is not as good as the Mara you don’t get the safari crowds either. That said, there is plenty of wildlife about, with the reserve being particularly good for rhino sightings as it contains an enormous fenced rhino sanctuary (which is currently being extended). Other big game you’re likely to see include elephant, lion, buffalo and again some of those rare northern species you’d see in the Samburu. 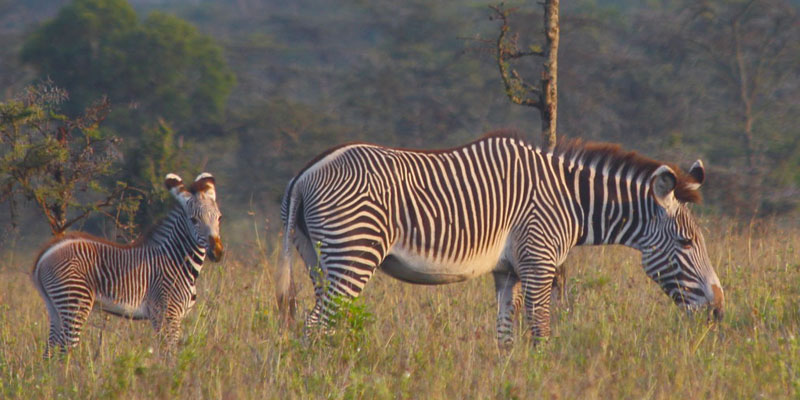 Lake Nakuru lies an easy drive from Nairobi and is a good starting point for a Kenya safari. While this small national park does not have the same wilderness feel as many of the larger reserves, it is still well worth visiting. Lake Nakuru was established as Kenya’s first rhino sanctuary and along with white rhino you’re likely to spot Rothchild’s giraffe, buffalo, waterbuck and possible even leopard.

Kenya Game Reserves and Kenya National Parks are some of the best safari parks in the world. An essential part of any holiday to Kenya, Kenya Safari is an unforgettable Kenya Travel Guide & experience that you won’t want to miss.

There’s plenty of choice on offer and so much to see and do but don’t forget to also make time to relax on Kenya’s beaches before you leave too. Let our African Experts help you start planning your Kenya Safari Tours today.

Get The Necessary Travel Information, Ideas & Advices About Kenya

Get The Necessary Travel Information, Ideas & Advices About Kenya

Are you the kind of person who gets a thrill from doing terrifyingly thrilling activities? Then Water rafting one of the best adventure safaris for you...

Welcome to the Greatest Show on Earth! The Great Migration Kenya is an overwhelming, humbling and quite simply amazing wildlife experience...

Located deep in the central highlands lie Kenya’s highest peak, Mount Kenya. The mountain is the remains of an extinct volcano that expired millions....

For a very long time most of us have thought that visiting wilderness, beaches and excursions but we have an alternative for you. Cultural visit....

Kenya has one of the richest avifauna in Africa with around 1090 bird species being recorded. The variety of birds in Kenya is made possible by the favorable...

Thinking Of Kenya Safari Tours? See Attractions, What To Do And Outstanding Itineraries.

Can I get a visa on arrival in Kenya?

You need a visa to enter Kenya. You can either get a visa on arrival at the airport, or before you travel. You can apply for single entry and transit visas on the evisas website. You can also apply for these, and other types of visa, at the Kenya High Commission in London.

How much is Kenya visa on arrival?

The charge for the visa on arrival is US$50 in cash while the charge for processing the E-visa application yourself via the correct Kenya government website (http://evisa.go.ke/evisa.html) is US$52.53 including credit card fee.

Single Entry Visa is allowed to USA,UK and other European countries travellers who wish to stay in Kenya for a short period. … Foreigners who travel to a Kenya for tourism purpose or business purpose or medical purpose. The applicant needs to mention the purpose of his visit. Kenya tourist visa and Kenya work visa are the single-entry visas.

How long does it take to get a visa to Kenya?

The official processing duration for a Kenyan visa as per the official Kenyan Consulates’ site is 14 business days. However, this duration does vary between 2 and 15 days depending on the Embassy to be contacted.