Rwanda At A Glance 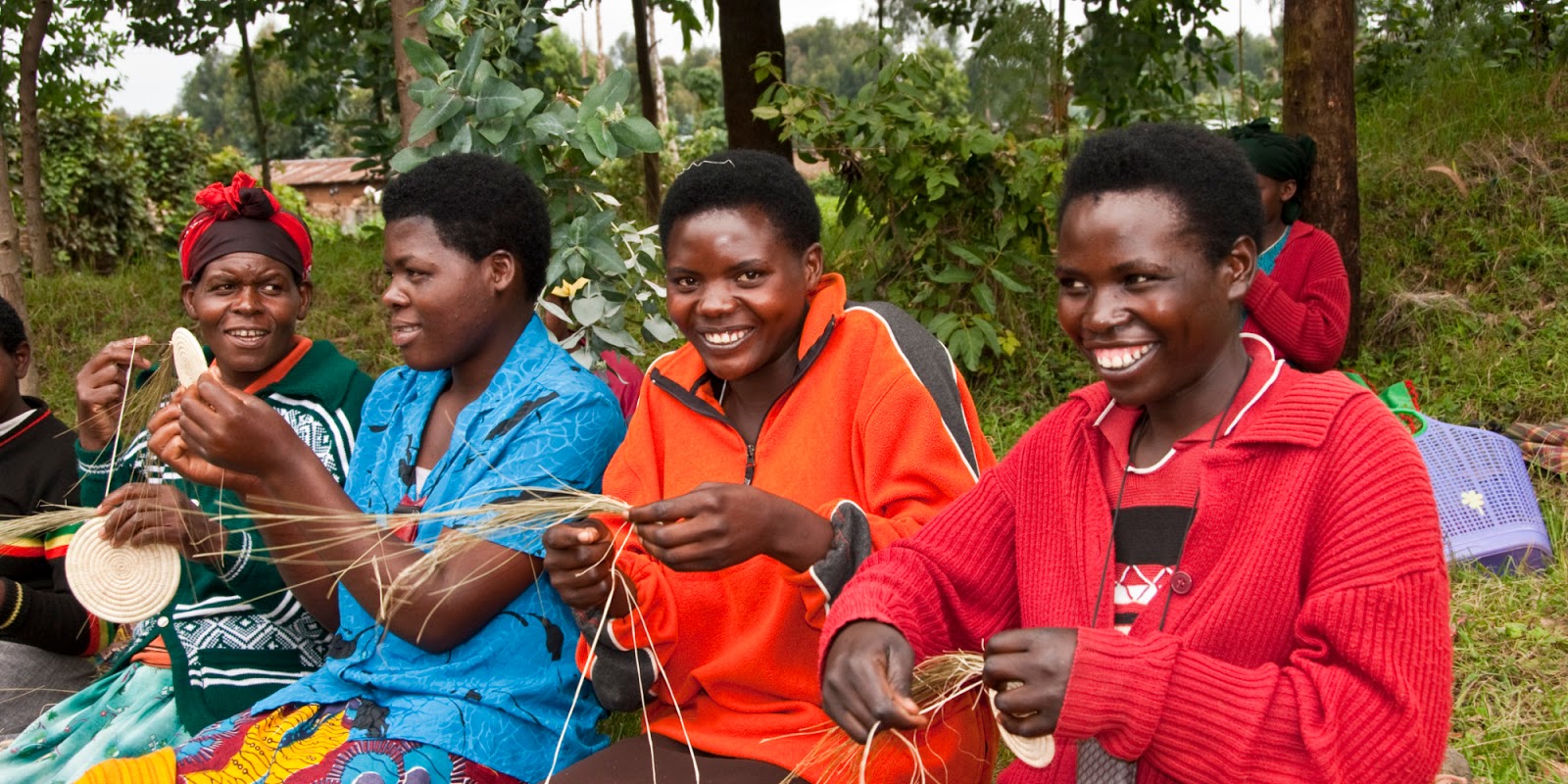 Rwanda At A Glance

Rwanda has managed to cut its niche as Africa`s hottest new eco-tourism destination. The small country at the seam of East and Central Africa has quickly risen to become the latest fad in every nature lovers’ travel diary and a flowering safari destination. A landscape of incessant ascends and plunges, it has rightfully earns the name, the ‘land of a thousand hills’.

Rwanda sits cuddled between countries; with Uganda to the north, Tanzania to the east, Burundi to the south, and the Democratic Republic of Congo (DRC) to the west. Its capital, the enchantingly picturesque city of Kigali.

Capital City: Kigali, with population of approximately 1 million; sitting smack in the geographic centre of the country. Kigali became capital at independence in 1962 and is the economic, cultural, and transport hub of Rwanda.

Area: Rwanda covers an area of 26,338 sq km, 5.3% of which is inland water.
The country is landlocked and therefore has no coastline.

Borders: Rwanda is bordered by Burundi, Democratic Republic of Congo, Uganda and Tanzania.

The weather is a bit cooler in mountains with possibilities of frostiness and snow.

Rwanda stands as the most densely populated country in Africa

People: The people of Rwanda are known as Rwandan(s)
Ethnic Make-up

Language and Literacy – Kinyarwanda, French and English (official languages),
Swahili, (the lingua franca of East Africa) is used widely though not official
Literacy: 71.1% of population over age 15 can read and write.

Currency exchange – There are many forex facilities in the city centre at Kigali: banks, bureaux de change, airport terminals, railway stations, ports and major hotels. Only banks, Forex Bureaus, hotels and lodges are authorized dealers as recommended by the company to change money.

Change all your money in Kigali as rarely will you get forex exchange anywhere else.

The US Dollar is the most preferred foreign currency, however, please be advised that US$ bills produced before 2000 are not accepted; while those produced between 2001 and 2004 will fetch a lower exchange rate.

ATMs – ATMs are available country wide with 24-hour access. Most have only started to accept international VISA cards, with only very few accepting MasterCard. To avoid getting disappointed, it is highly advisable to travel with cash instead, and preferably US Dollars.

Credit cards – Credit cards are not a common medium of business transactions in Rwanda and are only accepted at few / major hotels in Kigali, International Visa being more acceptable than MasterCard. Be reminded that credit card fraud occurrence is a global problem and the usual precautions should be taken.

Travellers’ cheques – Only major banks in Kigali accept Travellers’ Cheques though rarely. To avoid disappointments, it is highly advisable to travel with cash instead, and preferably US Dollars.

Most hotels and lodges supply plug adaptors at the reception for 3-pin equipment at a small fee. If there are no electric outlets in the rooms, ask for help at the reception, they should able to assist. Bring a sufficient supply of batteries.

International Telephone Code: Rwanda country code: +250. To dial out of the country Dial 000 followed by the required country code.

Rwanda has excellent cell phone coverage. Local SIM cards are readily available in most town centres, and cell phones can be purchased in the major towns

The Rwandan landscape is a tease of endless ascends and descends… as far as the eye can see. Volcano Karisimbi which is part of the northern Virunga Mountains is Rwanda’s highest point at 14,187 ft (4,324 m) high. At an altitude of 4,829 ft (1,472 m) above sea level, Lake Kivu in the northwest stands as Africa’s highest lake. Sitting as the country’s lowest point is Rusizi River at 3117 ft (950 m).

The history of Rwanda is best told through its 6 site museums which are under the Institute of National Museums of Rwanda.

The National Museum of Rwanda in Butare is the flagship of the Institute of National Museums of Rwanda. Also known as the Ethnographic Museum – Huye, the museum showcases an anthological brief of what Rwanda is all about through time. This is the very museum that houses the Rwanda Genocide Archive.

The Museums are open every day from 8am – 5pm with the exception of the following public holidays: 1st January, 7th April, 1st May, 4th July, and 25th December

The vegetation of Rwanda is largely savannah grassland with small areas of tropical forests covering the western border with larger tracts taken up by Nyungwe Forest National Park and Volcanoes National Park as well as the areas north and south of Lake Kivu.

Rwanda is one of the world’s last havens for the endangered Eastern Gorilla commonly known as the Mountain Gorilla. Predominated by primates, Rwanda collectively showcases 189 mammal species and boasts some729 bird species. The display on the mammal menu includes such species as: the ‘BIG five’, blue monkey, mantled guereza, lion, African wild dog, and swanks the world’s largest hippo park with a population of approx 21,000 individuals.

A valid passport, valid for the proposed duration of your stay is required for entry into Rwanda. A valid entry visa is also required and may be obtained in advance from the Rwandan Embassy or High Commission in your country of origin.

A yellow fever vaccination certificate is required ONLY if you are arriving in Rwanda from an infected area.

A number of vaccinations are recommended for visitors to Rwanda (check with your doctor at least 8 weeks in advance).

Malaria is endemic in tropical Africa and protection against it is necessary.

HIV/AIDS is a serious problem throughout Africa, and an estimated 2.9 % of the Rwandan population is HIV positive.

Travellers to Rwanda are recommended to obtain medical / travel insurance prior to arrival.
Only limited medical facilities are available. In the event of serious accident or illness an evacuation by air ambulance to Kenya or South Africa may be required.

Rwanda enjoys the best security in Africa, but visitors must take the same precautions as they would anywhere else in the world.

Try not to attract unwelcome attention. Make use of the safety deposit facility provided by hotels and lodges. Valuable items such as large amounts of cash, and irreplaceable documents should be locked in the hotel safe. Never leave money and / or valuables in the vehicles or rooms unattended, keep them in a safe place.

Visitors are advised against walking at night, or in areas other than those recommended by their tourism representatives. If you must go somewhere, request the company of a trusted guide or use a taxis rather than walking around.

Visitors are also advised to ignore the attentions of any other persons who may approach them with unsolicited requests.

Rwandan tap water is not safe to drink. Bottled water is readily available.

Only limited medical facilities are available. In the event of serious accident or illness an evacuation by air ambulance to Kenya or South Africa may be required. Contact your doctor or Rwandan embassy at least 8 weeks before start of your travel to verify whether you require any vaccinations or other preventive measures.

Numerous international carriers serve Rwanda, and Kigali is the hub of the country. Most tourist hotels and tour operators have vans and buses to transport guests. Taxis are readily available at the airport

Rwanda has an internal air network with several domestic and international Airports. There are numerous Rwandan airline as well as other international carriers operating to domestic destinations. Before using internal or regional carriers, it is advisable to check the airline’s accreditation and confirm that they operate in line with the ICAO safety standards.

Due to environmental reasons, plastic bags have been banned. Visible plastic bags will be confiscated on arrival at the airport.

Taking pictures of government buildings, national flag, government and military officials and bases, embassies and airports is prohibited. It is considered courteous to ask people if you may take their picture before doing so, particularly in the more far-flung rural areas. If you want to photograph people ask your driver to request the people before photographing them.