Game drives are a highlight of your visit to the Savannah national parks while on your wildlife safaris. Game drives can also be incorporated into your Rwanda safaris. They provide the best way to explore the numerous national parks in the custom-made safari vehicles i.e. Safari vans, Land cruisers, and the larger coaster buses which are comfortable enough while on safari. In Rwanda, game drives are only done in Akagera National Park which has opportunities to sight the different animals while in the comfort of the safari cars.

Where to go for game drives; 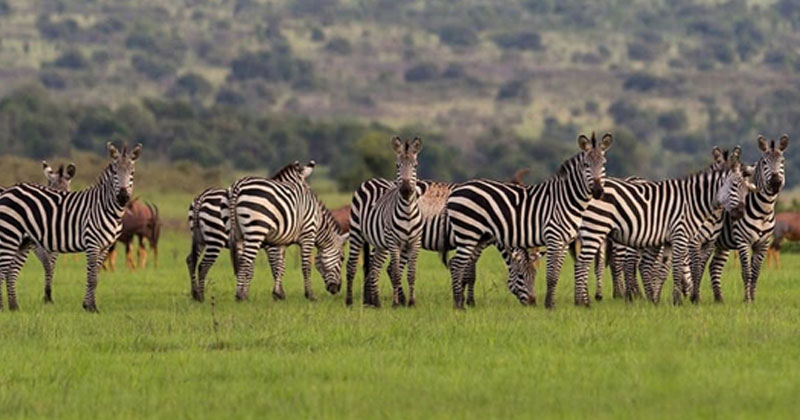 These are the main attraction of the park and you can be part of an organized safari with a drier and a guide or you can get more adventurous and then drive yourself in your own vehicle. The EAC /Rwandan registered cars at $7 and $25 for the foreign registered cars plus double for the safari vehicles or the buses. By driving yourself, it will be more fun and you will not know where to look for the animals from and this might be more annoying.

The tour drives within the park are the main activity though this national park is small as compared to many other savannah parks in Africa. This park is known as a gem of Rwanda. Its landscape is so stunning and you can see many different animals within a short time. The wildlife in Akagera has also increased over time and the recent count is estimated that the park is now home to over 8000 large animals.  There is also a new perimeter fence that was completed in 2013 and has made a big positive impact on these numbers.

The lions were re-introduced recently and as such, provide a major boost to the wildlife that you can spot here.

Notwithstanding the size of the park, Akagera’s wildlife is so diverse. The beauty can be seen anywhere irrespective of the size and the national park is surely being recognized. Within a short time, you will be able to see the giraffes, Impalas, Topis, the Zebras, bushbucks, African swallows, eland, the vervet monkeys, warthogs, baboons, Mongoose, the hippos, the crocodiles, as well as the elephants.  There are over 120 elephants in the park and the other mammals also include; the defassa waterbuck, the oribi, reedbucks, the roan antelopes, sable, buffalos, and many more. The most fantastic drive from the south to the north in a day will give you many animals to view to be able to keep giving you a great adventurous experience as well as the most magnificent views from the top of the mountain across lake Ihema towards Tanzania.