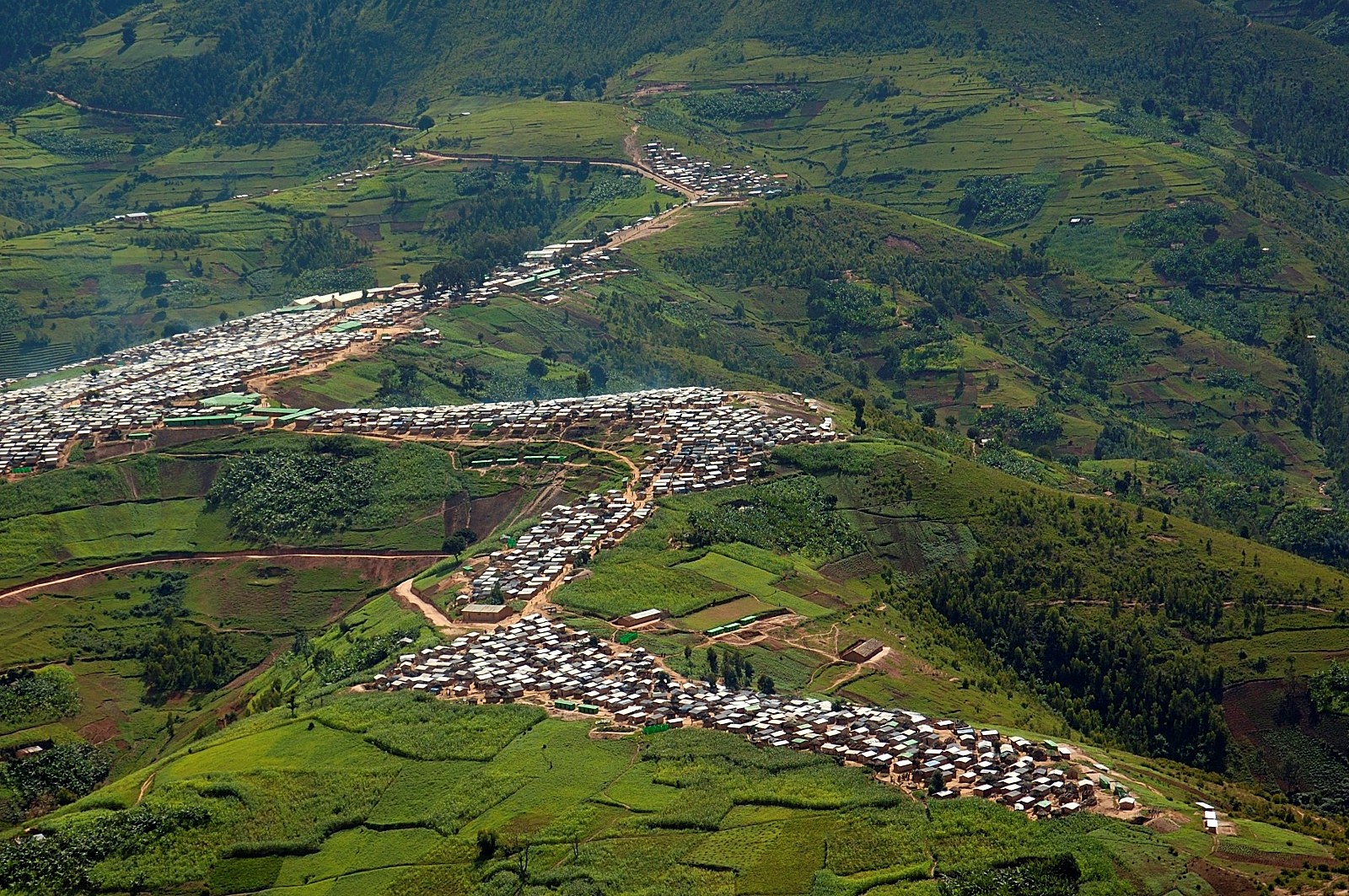 The landlocked country of Rwanda in the African Great Lakes region of Central/Eastern Africa covers an area of 26,338 sq. km.

Mountains dominate the landscape of western Rwanda. They are part of the Albertine Rift Mountains. The Virunga Mountains to the northwest of the country host the highest peak of Rwanda, Mount Karisimbi (marked on the physical map above) which is 4,507 m tall.

As observed on the map, Rwanda is also dotted by numerous lakes. Lake Kivu, located on the western border of the country with DRC, is the largest among them. It is one of the 20 deepest lakes in the world and has a maximum depth of 480 m.

80% of Rwanda drains into the Nile through Lake Victoria while the remaining 20% drains into the Congo via the Rusizi River which also has the lowest elevation of Rwanda at 950 m. Rising in the southwest is the longest river of Rwanda – Nyabarongo. The river merges with the Ruvubu in the southeast, forming the Kagera River which ultimately enters Lake Victoria after crossing into Tanzania.

Rwanda is divided into five provinces. These are Kigali, Northern, Eastern, Southern, and Western. These provinces were formed in 2006. Before this, the country had 12 provinces.

The provinces are further divided into 30 districts.

With an area of 9,458 sq. km, the Eastern Province is the largest by area as well as the most populous one. The capital and largest city of Rwanda, Kigali City, is located in the Kigali Province.

The Central/Eastern African country of Rwanda is a landlocked nation that lie in the Southern (located a few degrees south of the Equator) and Eastern Hemispheres of the Earth. It is part of the Great Rift Valley region of Africa. Four African countries border Rwanda. These are Uganda, Tanzania, Burundi, and the Democratic Republic of the Congo to the north, east, south, and west respectively.