Although renowned for its incredible wildlife experiences, Uganda is home to a whole host of fantastic adventure activities. These experiences are sure to make your trip an unforgettable one!

Gorilla Trekking  had to be top on the list because it is the most popular activity in Uganda. Uganda is lucky to have half of the overall population of mountain gorillas and in two national parks – Bwindi and Mgahinga. Mountain gorillas are endangered but their numbers have grown to slightly above 1000 in the last decade. Bwindi has 17 habituated gorilla groups which are open to tourism while Top tourist attraction in Uganda’s Mgahinga National park is offering Gorilla group and Golden monkey trekking. Gorilla trekking in Bwindi National Park  is special because it is the only park where one can also choose to for the gorilla habituation experience. The Gorilla habituation experience is different from gorilla trekking in that it involves more time with the primates. The gorilla habituation experience is also more expensive but participants get to move with researchers and learn more about the primates. To reach Bwindi, one needs to endure a journey of 8 hours by road (450km from Kampala). For nature lovers, the journey can be very rewarding because the scenery is simply amazing. The landscape, forests, water bodies, mountains and valleys seen along the way is why the area is referred to as “the Switzerland of Africa”. If you are not convinced, you can hire a chartered flight from Entebbe or Kajjansi for your gorilla safari to Bwindi.

Chimpanzees and bonobos (pygmy chimps) are the closest relatives to humans. They are very intelligent primates and will leave an onlooker stunned by their social antics. Chimps have the ability to use tools like sticks and stones to gather food or fight off intruders. Uganda is the best country to spot chimps in the world. Chimpanzee tracking in Kibale forest is one of the most popular primate activities in Uganda – second only to gorilla trekking. Like gorilla trekking, chimpanzee trekking in Uganda involves hiking deep inside a tropical rain forests in search of the chimps. Once you are with them, you have only one hour to observe them. Kibale National Park offers the highest concentration of primates in East Africa hence offering the best chance to spot them.

Monkeys are very common in Uganda and can be found in almost every forest. However, the golden monkey is very special and interesting for a number of reasons. One is that they are very rare and can only be found in specific forests of Uganda, Rwanda and the Democratic Republic of Congo. Because of their declining numbers, golden monkeys are listed as endangered by the IUCN. Golden monkeys have gold coats that make them look very cute. They feed on mostly bamboo leaves but will forage in human gardens if they can. Their only true enemies are man and the golden eagle. Golden monkey permits cost $100 and the activity is often included as part of other wildlife activities like gorilla trekking.

The stretch of the Victoria Nile immediately downriver of its source at Jinja blossomed as one of the world’s top white-water rafting venues in the late 1990s, and it has since been developed as the most important centre of adventure and adrenalin activities in East Africa. 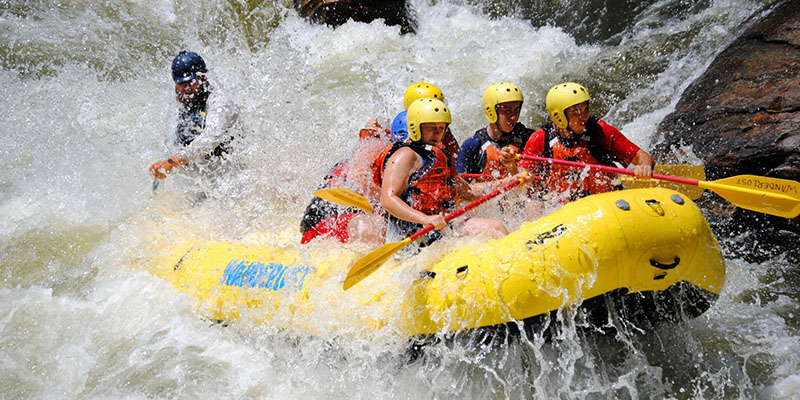 Every year, thousands of adventure seekers enjoy thrills and spills on the turbulent headwaters of the Nile near Jinja © Nile River Explorers Full-day itineraries typically start on the West Bank of the river above the rapid known as Jaws and finish near Kalagala Falls. This is a new route necessitated by the flooding associated with Isimbi Dam in 2018–19 but there are still ten rapids, including the Grade V Overtime and Bad Place.

The Upper Nile is a top spot for adventure kayaking, attracting experienced enthusiasts from across the world. Kayaking is a more testing activity than rafting, since it offers, in the words of an appreciative reader, ‘the opportunity to develop your own skills, rather than just bouncing along in a raft controlled by the professionals’.

Horseback safaris are primarily offered at Lake Mburo National Park, Kabwoya Wildlife Reserve and in and around Jinja. Rides are tailored to individual experience and requirements.

Straddling the Kenyan border east of Kampala and Jinja, freestanding Mount Elgon is the centrepiece of the eponymous national park on both sides of the border. At 4,321m, it is the second-highest massif in Uganda, and it boasts the largest base of any extinct volcano in the world. Towering to a lofty 4,321m, this massive extinct volcano, topped by an immense collapsed caldera, is a hiker’s paradise and far more budget-friendly than East Africa’s other major mountains. 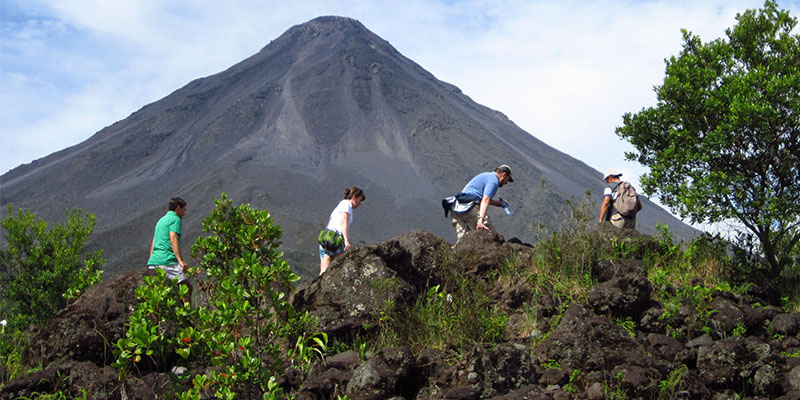 The 3-hour return launch trip to the base of Murchison Falls has been Murchison Falls National Park’s most popular attraction since the Queen Mother made the inaugural voyage in a spanking-new boat back in 1959. Starting at Paraa, the boat cruises slowly eastward along an archetypically African stretch of the Nile, fringed by borassus palms, acacia woodland and mahogany stands, before finally docking in a small bay a few hundred metres away from the crashing waterfall.