UGANDA AT A GLANCE 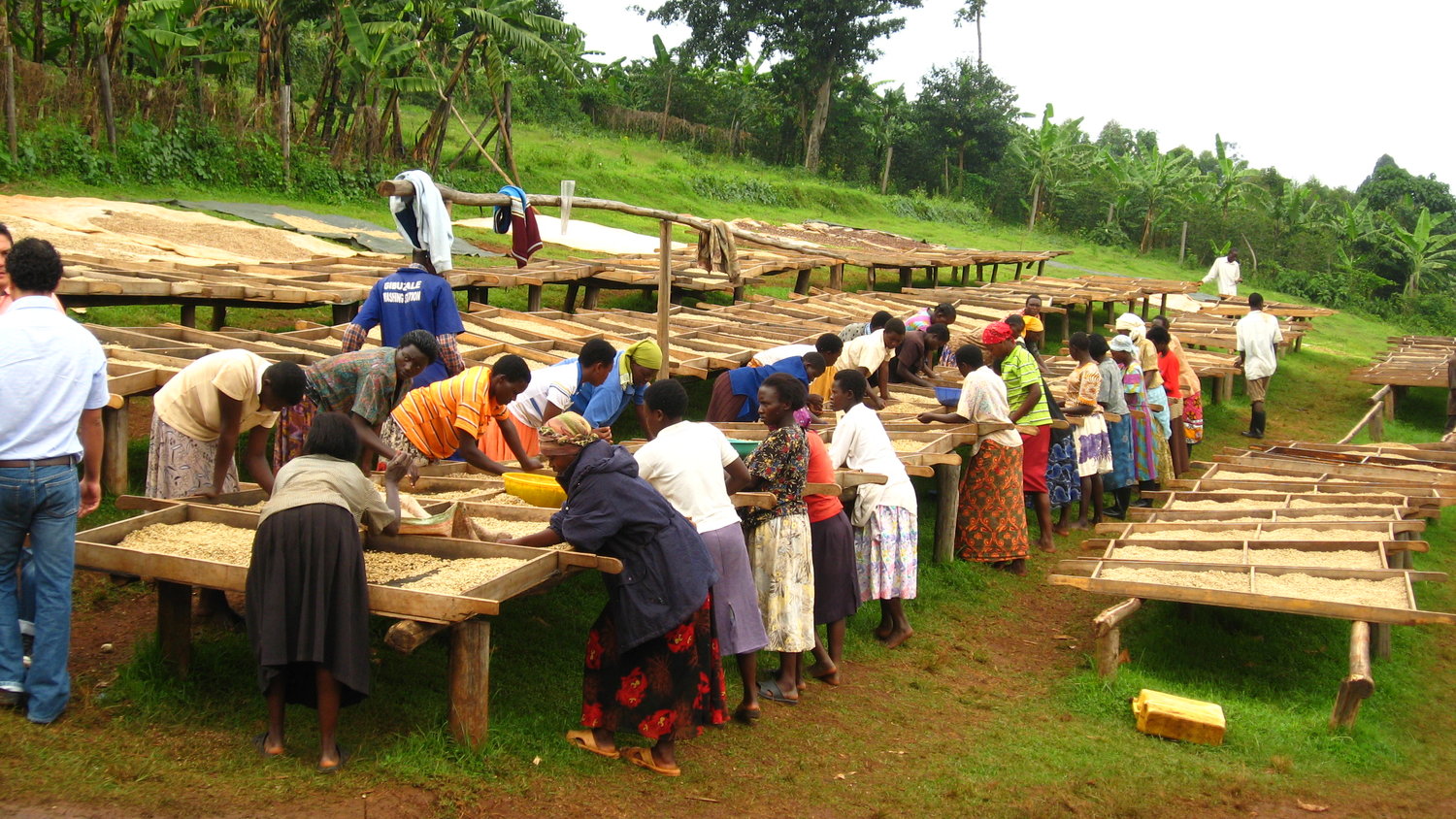 UGANDA AT A GLANCE

Borders – A landlocked country on the equator in East Africa, Uganda is bordered by the Democratic Republic of Congo (formally Zaire) to the west, Sudan to the north, Kenya to the east and Rwanda and Tanzania to the south.

Climate – Uganda’s temperatures are moderate throughout the year. In Kampala, near Lake Victoria, average daily temperatures range from 18 to 25 [degrees] C. There are two dry seasons (December to February, June to August); semi-arid in the northeast.

Language – English is the official language, Swahili is also spoken. There are some 40 indigenous languages the most common being Luganda and Luo.

Communications – The country code for Uganda is +256. Telephone, telex, fax and airmail services connect Uganda to all parts of the world. International direct dialling is available in all major centres. Public call boxes in post offices and main towns operate on a card system, available from most small shops. Several cellular phone companies operate in Uganda and roaming works near most major cities and towns. Internet cafes are plentiful in major city centres.

Business hours – Business hours are generally from 8.30 am to 5.30 pm on weekdays with a lunch break between 1 and 2pm. Some businesses open on Saturday morning.

Currency – The unit of currency is the Uganda shilling (UGS or USh). 1 Ugandan shilling = 100 cents. The US dollar is traditionally the hard currency of preference, but Euro and Pounds Sterling are also widely accepted. Hard currency cash can be changed for local currency at banks and private bureau de change in all large towns, but travellers’ cheques are not widely accepted outside Kampala. Local currency can be drawn against Visa and other major credit cards at selected ATMs in Kampala, at Entebbe International Airport, and in a few other large towns.

Banking – Banks and bureau de change are available at airports and in all major towns. Banking hours are from Monday – Friday 8.30 am – 2.00 pm (some banks open on Saturday morning).

Credit cards and traveller’s cheques – Some credit cards are accepted in the major hotels, American Express is the most widely accepted.

Tipping – Tipping is appreciated. Most hotels and restaurants include a 10% service charge.

Time – GMT +3 all year-round.  Uganda maintains an almost constant 12 hours of daylight. Sunrise is typically 6.30 am and sunset at 6.45 pm.

Water – Ugandan is not recommended to drink. Bottled water is readily available.

Landscape – Mostly plateau, with a rim of mountains. The lowest point is Lake Albert (621 m) and the highest point: Margherita Peak on Mount Stanley (5,110 m).

Fauna – The East African plains support some of the last great herds of wildlife left in the world, offering a greater number and diversity of species than any other continent: Uganda offers 50 large mammal species all members of the ‘Big Five’ (elephant, buffalo, lion, leopard and rhinoceros) and she is particularly famous for her primates – especially the mountain gorillas (western lowland, eastern lowland and mountain). There are also 300 species of butterfly.

Avifauna – Uganda offers over 1000 avian species including many migratory species from Europe and Asia.

Entry requirements – A valid passport. Most visitors to Uganda require a visa to enter the country. Three-month single-entry tourist visas are available from all Ugandan embassies (price subject to nationality).

Vaccinations – A number of vaccinations are recommended for visitors to Uganda (check with your doctor in advance).

Malaria – Malaria is endemic in tropical Africa and protection against it is necessary.

HIV/AIDS – HIV/AIDS is a serious problem throughout Africa.

Security – Uganda is a safe country to travel in. Ugandans are warm-hearted and generous people and are eager to help visitors get the most out of their stay. Uganda is a politically stable, multi-democratic country. As in all countries, a little common sense goes a long way and reasonable precautions should still be taken, such as locking valuables in the hotel safe and not walking alone at night.

Dressing – Uganda has no winter and lightweight clothing is worn all year-round. It is considered insulting by local tradition to dress scantily or improperly. Daytime temperatures are generally warm to hot, evenings are cooler, especially at high altitudes.

Do’s and don’ts – It is an offence to: deface a Ugandan banknote; urinate in public; sunbath topless; hire a prostitute; buy or take drugs; remove wildlife products from Uganda, export products made from elephant, rhino or sea turtle derivatives, or to remove coral. Swearing and blasphemy are inadvisable. Visitors are requested to stand when the Ugandan anthem is played, or the national flag raised or lowered. They are also advised that photographing the president without prior permission or any military installation is not permitted.

Photography – It is considered courteous to ask people if you may take their picture before doing so, particularly in the more far-flung rural areas. A small (token) payment for the photograph may be expected, rather more as a form of polite appreciation than anything else.