Uganda is a great destination to view wildlife in both forest and savannah. Not to be missed is gorilla trekking in Bwindi Impenetrable or Mgahinga Gorilla National Parks, while chimps can easily be spotted in Kibale National Park and several other locations. Queen Elizabeth and Murchison Falls National Parks offer wonderful savannah safaris with good wildlife viewing, as does the more remote Kidepo Valley National Park.

Uganda’s other famed wildlife is the tree-climbing lion, found sleeping in the big fig trees in Queen Elizabeth National Park.

We reckon Bwindi Impenetrable National Park is pretty special – particularly as it is home to one of only two populations of the majestic mountain gorilla in the world.

Queen Elizabeth National Park is the most popular park in all Uganda. It is situated in the country’s western region and encompasses four districts – Kasese, Kamwenge, Rubirizi, and Rukungiri. 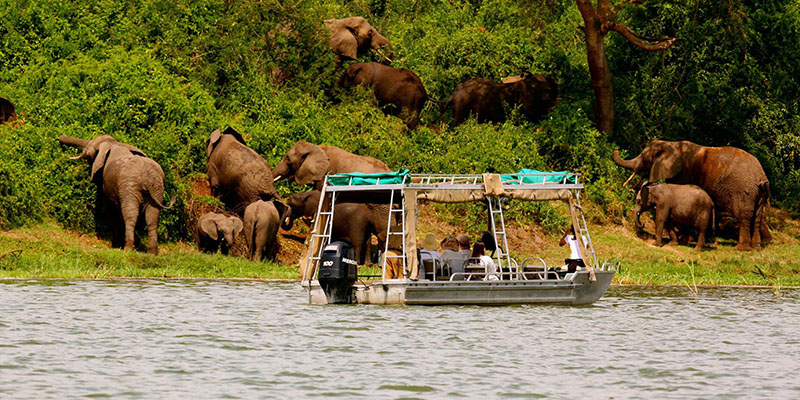 Lake Mburo National Park is situated in the Kiruhara District, within Uganda’s Western Region. It is about 240 kilometres from Kampala, positioned fairly close to the highway linking Uganda’s capital city to the country’s parks in the west.

Murchison Falls National Park is situated in the north-west of Uganda, within the districts of Buliisa, Kiryandongo, Masindi, and Nwoya.

Kidepo Valley National Park is situated in north-east Uganda, in the Karamoja region. This is a very remote area, and worth considering for a safari well off the beaten track!

Forming part of the Virunga Conservation Area, Mgahinga Gorilla N.P. is a great destination for travellers interested in gorilla treks and golden monkey treks. And with its three extinct conical volcanoes, the park offers some serious hiking too! 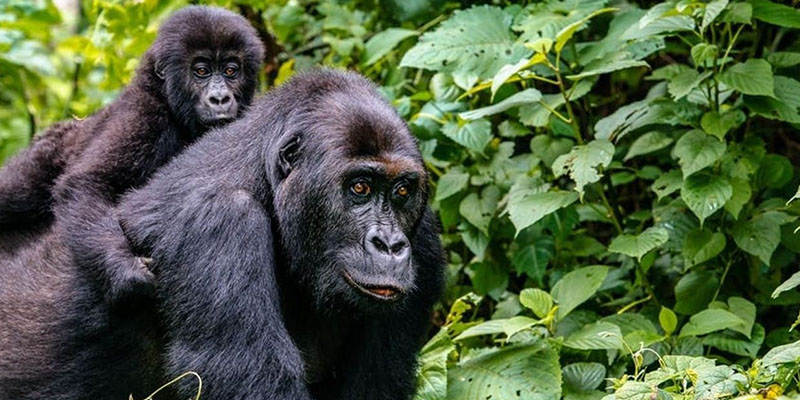 Budongo forest reserve is situated in the North-western part of Uganda and its just 3 hours drive from Kampala via Masindi District. The reserve covers an area of about 825sq kilometers of where by only 53% is forest and the remaining part is grassland forest. It has been a forest reserve since 1932. The reserve lies in the southern extension of Murchison falls National Park, which is considered the largest national park Uganda has covering over 3,840sqkm.

Semliki valley wildlife reserve is the oldest among other reserves in Uganda formally known as the Toro Game Reserve and it was named a Reserve in 1932. It is a 545 kilometers squared sanctuary located in Western Uganda to the northeast of the Bundibugyo road extending to Ntoroko on the southern shores of Lake Albert. The leading vegetation type is open acacia-combretum woodland and grassy savanna , mixed together with patches of borassus palm forest, significant belts of riparian woodland along the main water path as well as some extensive swamps towards Lake Albert. Semliki is mainly of interest to birdwatchers.

Katongo wildlife reserve is located in the districts of Ibanda and Kamwenge in the western Uganda along the banks of River Katonga. It covers an area of about 211sq km.  It is about 200kms which is just about 4-41/2 hour’s drive from Kampala up to the reserve.  The wildlife reserve was established in 1998 and is a recent addition to Uganda’s list of protected wildlife areas. The reserve can best explored by canoe or by foot, it is a home to over 40 species of mammals and over 150 species of birds are recorded in the area. Many of these species of animals, birds and plants in the reserve are rare to the reserve’s wetland environment.

Mabira forest is located in Buyikwe District between Lugazi and Jinja just about 54 km (1 hour) from Kampala up to the forest reserve headquarters. It has been protected as a reserve since 1932. It is covering an area of about 306 square kilometers and it’s regarded as one of the last remaining rain forest and biggest in central Uganda. It is a home to very many primate species like the red tailed monkeys, Vertvets, grey-cheeked mangabeys; it is a home to over 315 bird species including the Cassinis hawk eagle, Grey long bill to mention but a few, 97 species of moths 218 species of butterflies, 312 species of trees among others species.

This forest reserve is located in Bushenyi district in the Southwestern part of Uganda near Queen Elizabeth National Park and the Maramagambo forest. It is approximately 375 kilometers which is just about 6 hours drive up to the reserve headquarters. The forest lies on an average altitude of about 1400m above sea level. The reserve is known for its 414 species of trees and shrubs including prunus African Ficus and Parinari among others. The forest is also famous for its six different primate species that include chimpanzee, black and white colobus monkeys, blue monkeys, L’hoest guenon, vervet monkeys, and baboon.

Pian Upe wildlife reserve is a conservation area in the Karamoja sub region of northeastern Uganda and it’s regarded as the second largest conservation protected area in Uganda after Murchison Falls national Park. The reserve covers an area of about 2788 square kilometers to the north of mountain Elgon and it is now under the management of mountain Elgon conversation area, it lies in a semi arid county which usually receives rainfall in April and more considerable light rainfall from June to early September although in some years the rain fall is complete. Most of the Reserve is covered by undisturbed grassland and wooded grassland. 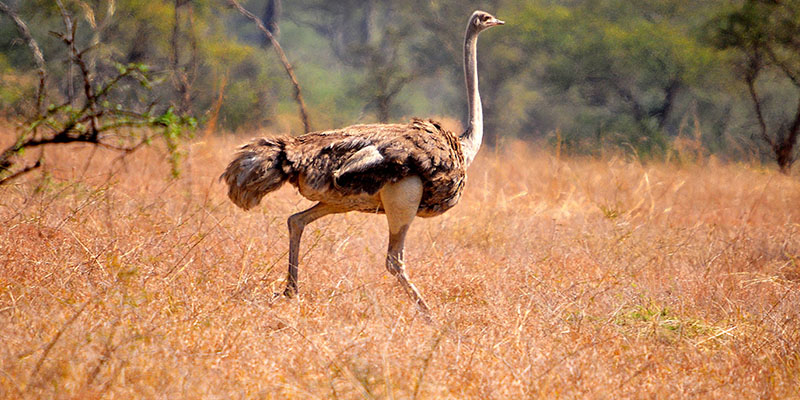 These game reserves are nice for game viewing safaris in Uganda (also referred to as wildlife viewing) and are alternate place where you can carry out wildlife safaris from in Uganda. They might be less visited but still, they will give you an experience to explore the less explored wilderness of Uganda or carry out more activities like birding or nature walks.