Best Places To Visit On A Rwanda Safari

Best Places To Visit On A Rwanda Safari 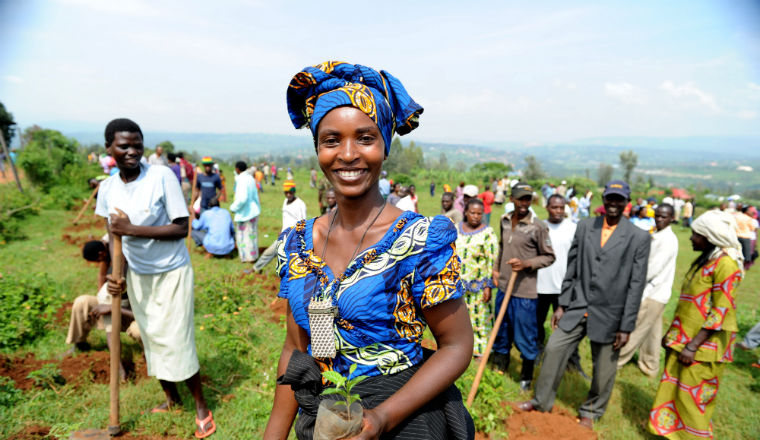 Best Places To Visit on a Rwanda Safari

Rwanda is known as “Le Pays des Mille Collines” (Land of a Thousand Hills) thanks to the endless mountains in this scenically stunning little country. In this post, we bring you the best places to visit on a Rwanda safari, Rwanda tour destinations you should not miss.

Nowhere are the mountains more majestic than the Virunga volcanoes in the northwest, and hidden among the bamboo forests are some of the world’s last remaining mountain gorillas. For a change of scene, the shores of Lake Kivu conceal some of the best inland beaches on the continent, while Nyungwe Forest National Park protects extensive tracts of montane rainforest, and is home to many primates. But it’s not all monkey business – Kigali, the capital, is safe and sophisticated. Hence, Rwanda Safari Tours isn’t all about primates, rather it’s a combination of a bustling city, unbeatable views, and unmatched safari activities.

Mention Rwanda to anyone with a small measure of geopolitical conscience, and that person will no doubt recall images of the horrific genocide that brutalized this tiny country in 1994. But since those dark days a miraculous transformation has been wrought and today the country is one of tribal unity, political stability, and a promising future. Tourism is once again a key contributor to the economy and the industry’s brightest star is the chance to track rare mountain gorillas through bamboo forests in the shadow of the Virunga volcanoes.

These conical mountains are shrouded in equatorial jungles and helped earn Rwanda the well-deserved moniker of ‘Le Pays des Mille Collines’ (Land of a Thousand Hills). When you visit Rwanda, you will be amazed by its clean Capital of Kigali, with Roads that are in good shape, with an infrastructure that most Africans find amazing.

The country has positioned itself as an up-market destination by upgrading its lodges, adding exclusive World Class Lodges and Hotels, upgrading its Road Network and making Rwanda one of Africa’s most welcoming nations. One unique thing you will observe on your Rwanda Safari Tours which is not in other East Africa Countries is that there are strict law and order, there isn’t any garbage on the streets.

Rwanda is a small country in the heart of Africa but it comes with an abundance of activities that well compliment the Top places to visit on a Rwanda Safari. Rwanda Tour introduces with the hundreds of hiking and biking trails, the countless of historic and cultural sites including performances of its fabulous Dance and Music Rituals, and on the must-do and sees the list is a visit to one of the Sacred Places in Rwanda, the Memorials honoring the victims of the 1994 Genocide.

Places To Visit On A Rwanda Safari — Top Rwanda Destinations

Munyinya and the twins of the Hirwa gorilla family on Mt. Visoke at Volcanoes National Park in Rwanda

Volcanoes National Park, which runs along the border with the DRC and Uganda, taking number one spot of the Places to visit on a Rwanda Safari, is home to the Rwandan section of the Virungas. Comprising five volcanoes, the Virungas are utterly spellbinding and few would argue that this is not one of the most exciting national parks in Uganda. We probably needn’t remind you, but of all the extraordinary sights and attractions around the Virungas, the one that really draws people here are the famous mountain gorillas.

While most tourists to the park are understandably driven by the desire to have a face-to-face encounter with real gorillas in the mist, there is good reason to stay in the area once you’ve finished tracking: the gorillas share the park with rare golden monkeys, a troop of which has also been habituated to human contact. The Virungas, which tower over Rwanda, Uganda and the DRC, also present a variety of rewarding climbing and trekking options. To get the most from the Virungas give yourself as much time as you possibly can as this is absolutely a park that rewards those who linger.

The Places to visit on a Rwanda Safari list is not complete until you include Nyungwe Forest. Quite simply, Nyungwe Forest National Park is Rwanda’s most important area of biodiversity, with no fewer than 1000 plant species, 13 species of primates, 75 species of other mammals, at least 275 species of birds and an astounding 120 species of butterflies. It has been rated the highest priority for forest conservation in Africa and its protected area covers one of the oldest rainforests in Africa. Despite its huge biodiversity, Nyungwe is little known outside of East Africa.

Nyungwe’s strongest drawcard is the chance to track chimpanzees, which have been habituated over the years to human visits. While chimps tend to garner most of the spotlight here, sightings of troops of other monkeys, including Angolan colobi, Dent’s monkeys, grey-cheeked mangabeys, olive baboons, vervet monkeys and diademed monkeys, are virtually guaranteed.

Call it a miracle. Created in 1934 to protect the lands surrounding the Kagera River, Akagera National Park is back with a vengeance. It once protected nearly 10% of Rwanda and was considered to be one of the finest wildlife reserves in the whole of Africa. Sadly, due to the massive numbers of refugees who returned to Rwanda in the late 1990s, over half of the park was de-gazetted and resettled with new villages. Human encroachment facilitated poaching and environmental degradation and Akagera’s wildlife was very nearly decimated.

However, strict conservation laws, better management, the reintroduction of lions in 2015 and black rhinos in 2017, the revamping of old camps and the building of new ones has meant that Akagera is getting increasingly popular. Sure, it can’t compete with its counterparts in Kenya or Uganda, but its scenic landscapes, diverse habitats, and rich wildlife are well worth making the list of best places to visit on a Rwanda safari.

4. Kigali (The Capital City of Rwanda)

And of course, the one should not miss out on the Places to visit on a Rwanda Safari list is Kigali Capital City. Spanning several ridges and valleys, Kigali, with its lush hillsides, flowering trees, winding boulevards, and bustling streets, is arguably one of the most attractive and gorgeous capital cities in Africa, as well as one of the cleanest and safest.

Rwanda Tour also introduces with stunning local Arts, Crafts, delightful restaurants that serve excellent food, be sure to try some Goat Brochettes and try the superb Rwandan coffee at one of the coffee shops in Kigali. You can get a taste of history here by visiting the genocide memorials and learn about the turbulent past of the country.

The Genocide Memorial, the former Presidential Palace Museum, the Muslim Quarter with all of its sights and sounds, Hotel Rwanda, the Belgian Soldier Memorial, and many others.

During the genocide, victims fled to churches seeking refuge, only to find that some of the clergy was providing information to the Interahamwe. As a result of this lack of compassion, some of the most horrific massacres took place inside the sanctums of churches throughout Rwanda. All these memorials can be visited on a day trip from Kigali.

Gorillas will always be there, hopefully, so often the best time to take a Rwanda Safari Tour is ideally whenever you get the opportunity. In terms of temperature & rainfall we’ve got a handy month by month chart to help you find out more, as well as Rwanda, travel advice and tips from our friends in Rwanda to help you travel with care and respect.

Don’t be put off by the November shorter rains and March-May longer rains though, as you will have the forests, lakes and mountains to yourself, and often cheaper gorilla permits too. The majority of visitors wish for Rwanda Safari to see gorillas, and so the best time is often whenever you can get a highly in-demand permit.

Keen photographers may even prefer the rainy season, as there is less light contrast coming through the trees, allowing you to focus solely on your subject matter.

If there are any particular activities that you would like to do on out Places to visit on a Rwanda Safari list, please let us know. Being one of the established Rwanda Safari Tour operators we have been crafting great itineraries for our visitors, you can go through few of our best-crafted packages here, https://www.gorillatrips.net/rwanda-tours/

Enquire About Touring Rwanda on Safari

Check these packages too tailored to offer you the best chimp tracking experience;